You have successfully subscribed to our Blog - happy reading!

The planned tax cuts have been backdated to 01 July 2021, replacing the original effective date of July 2022.

These tax cuts will mean that anyone earning above $37,001 will see a change in their tax rate, which will result in extra money in their pay each pay period.

Tax cuts have been penciled into to take place by the end of 2020, so employees should start seeing an increase in their take-home pay by the end of the year.

You may see a boost in your refund at tax time

With the tax cuts being backdated to 1 July, there are roughly 20 weeks between July and December where you have been having extra tax deducted from your pay. So, any missed money from 1 July to when your tax cut was implemented by your employer will be given included in your tax return.

This means that this will either increase your refund or reduce any tax you owe at tax time.

Will the tax cuts affect low- and middle-income earners?

Low and middle-income earners have two offsets available to them, both are applied on the tax return as opposed to weekly tax cuts.

The government announces that along with the tax cuts, they will be increasing the Low Income Tax Offset from $445 to $700.

The second offset for low and middle-income earners is the ‘Low and Middle-Income Tax Offset’ the amount of LMITO you’re entitled to will depend on your taxable income, we break this down in the table below

Just announced in the 2021-22 Federal Budget, the LMITO is set to be extended for another year.

you'll get FREE Access to
My Household Records
and
eCashbooks CES App!

The ULTIMATE in Tracking your Household Expenses 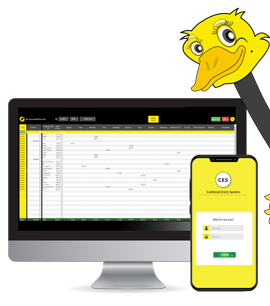